Fibromyalgia is a little like grief, until you experience it, what you think it is, is a misconception. But to those who suffer with it, Fibromyalgia is very real.

Defined as “a syndrome associated with widespread pain and fatigue”, Fibromyalgia strips the sufferer of the life they once knew. It removes the hopes and dreams for the future and the normal life they once had, replaced instead by one of despondency, endless pain and chronic fatigue.

People with Fibromyalgia are rarely understood. I lost family and friends as they looked on and thought “there’s nothing wrong with her”.  I looked ok when they saw me, my hair was washed and styled, my make-up was on.  I scrubbed up ok. But what they didn’t realise was for every one day they saw me, there were countless other days they didn’t.  The days I was in so much pain I couldn’t even lift my hairdryer. 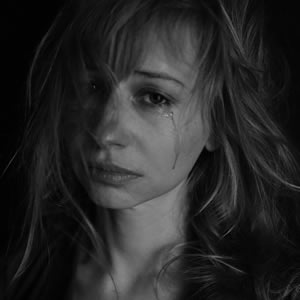 The days my face was red and blotchy from tears of agonising pain that wouldn’t go away, despite all my medication and the daunting prospect that this pain – as I was told – was for life.  There is no cure for Fibromyalgia I was told, over and over.  “You need to learn to deal with it” and my way of dealing with it was to shut out the world and hide.  Not just so they didn’t have to hear me talk about my pain and how tired I was, but so they wouldn’t look on in judgement and I wouldn’t have to hear the same thoughtless words that I should just get on with things and stop focusing on it.

What no one understood was my life was consumed with pain. Not because I wanted it to, I tried desperately to do the things I used to do, but because I physically couldn’t move, couldn’t sit, couldn’t lie and couldn’t relax due to the throbbing burning sensation in my back and neck that never went away.  The constant ache all over my body as if I had just run a marathon.  I wanted to scream, I regularly did, I wanted to wake up from this nightmare and what made it worse, no one understood.

Nobody asks to get Fibromyalgia, nobody can tell why some get it and others don’t, nobody who suffers with it wants to change but it becomes emotionally, mentally and physically consuming. It’s hard to be happy when you’re in constant pain and I quickly lost sight of the person I once was.  I thought I was defined by what I worked at, what sports I played, the clothes I wore and the friends I had, so when all of that was taken away, I felt lost.  Who was I other than this person whose life now relied on medication to function, confined indoors because I couldn’t physically move some days?  I remember a friend trying to tell me it wasn’t all of those things that defined me but who I was underneath, but my confidence was too low to hear.  I felt like I no longer had anything to offer anyone. I had become consumed with depression that no drugs could help as it was a sadness that the life I had hoped for, was now over.  I was only 25.

I thank God for the friends that remained and the new friends I made along the way who encouraged and supported me. I remember attending a meeting on ME, 6 years after my pain started, with a friend I made at the Chronic Pain Association and without realising it, it was probably the start of getting my life back.  The lecturer spoke about the link to certain illnesses and nutrition and I left with a tiny bit of the hope I had once lost.  Could this help me I wondered?

Today as I type this, I am pain free. I am healed.  I no longer suffer with the chronic pain and fatigue Fibromyalgia brought.

After that lecture, I looked into the unknown world of nutrition, I explored anything and everything about my diet and bit by bit the more changes I made, the more I started to improve.  I eventually returned to work only to be made redundant two years later.  I grabbed the opportunity and returned to college to study nutrition.

I am blessed today to be able to help others who suffer with Fibromyalgia.  Hearing client’s stories, seeing the pain they are going through and seeing the same lack of hope and confidence is utterly heart-breaking.  It hurls me back to memories I don’t want to relive, but by doing so, I am able to help others that now come to me.  Although they are coming to me for help, unknown to them, they help to remind me how far I have come and why I left the corporate world and returned to college to study nutrition.  I want to share my knowledge through my own experience and what I have since learnt in college.  I want to help others make the same discovery I did and hopefully they will leave me with the same glimmer of hope I left that lecture with.

But most importantly, I found me again and in doing so, I fell into a career I adore.

Thanks to those who never gave up on me. Who loved me despite all and made me who I am today.

Read what some of my clients have said about their Fibromyalgia….

Listen to my latest radio interview with KFM Radio

Call Now Button
We use cookies to ensure that we give you the best experience on our website. If you continue to use this site we will assume that you are happy with it.Ok